The visit of a Highland MSP has inspired a young marine conservationist to remove over 450 kg of marine litter from Scouriemore beach.

Fin Pringle (14), an environmental campaigner from Ullapool, returned to the beach on Saturday in a bid to remove a large pile of ropes and nets from the beach.

Five hours of hard work from Fin, along with his Mum and Dad, resulted in the removal of 51 bags of marine litter, totalling 456.7kg. This combined with a prior visit in April brings their total to 733kg.

The before and after pictures show the extent of what Fin and his parents were able to remove from a relatively small part of the beach. 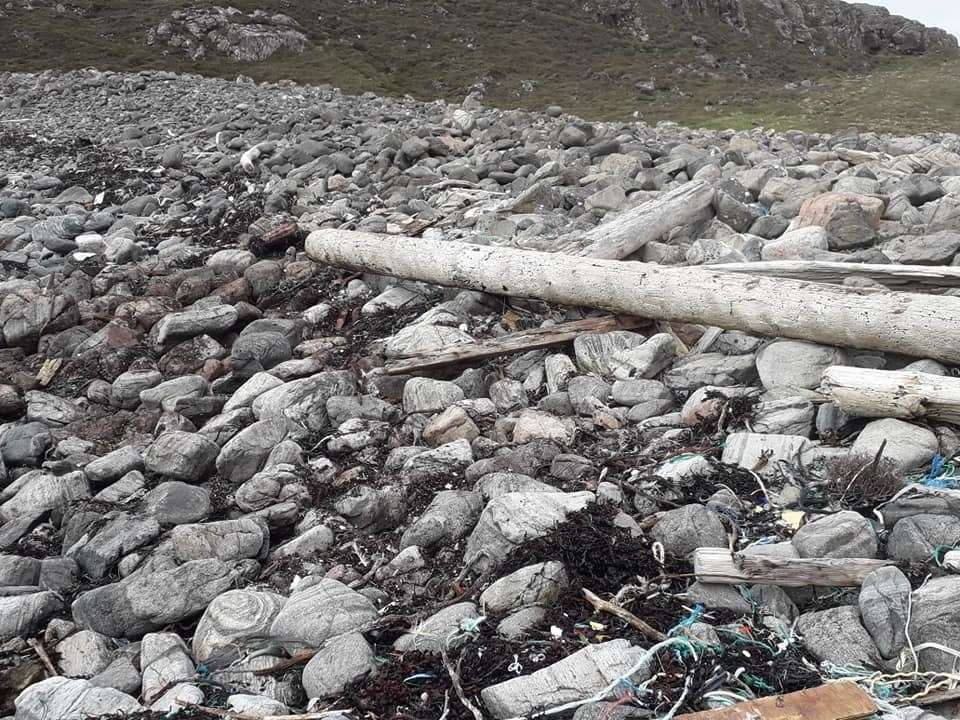 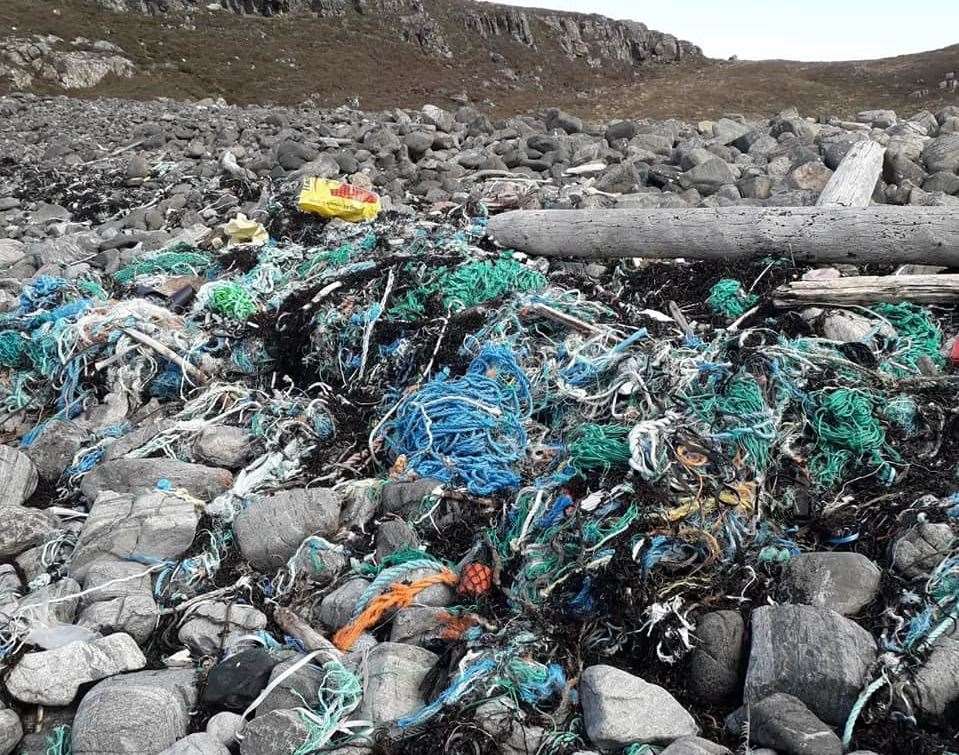 Fin said: "This beach is without doubt one of the worst on the Scottish mainland. Since we started last summer we have now, as a family, done six cleans and have removed 2166 kg of ropes, netting and twine from this one beach.

"Now we move on to the much more difficult task of removing all the plastic pollution from between the boulders, in the area behind the logs. It's a continual battle but one that we feel, with the help of others, we are beginning to win against the plastic tide."

Ms Todd said: “A huge thank you to Fin who, following my meeting with Plastic@Bay, visited Scouriemore beach to collect a staggering 51 bags of marine litter.

“Whilst Fin’s efforts are to be commended – the amount of marine litter accumulating on the shores of Scouriemore beach is unacceptable."

Durness based Plastic@Bay has observed that the north-west coast of Scotland is one of the most polluted in Europe, with the majority of plastic collected associated with the marine industry, such as fishing, aquaculture and shipping.

Ms Todd added: “I had an eye-opening visit to Scouriemore last week where I met with Joan and Juliene from Plastic@Bay – a fantastic organisation who are shining a light on the impact of ocean plastic on communities in the north-west coast of Scotland.

“During my visit, I was astonished to see the accumulation of rope, pipes, nets and more blown right up the hills, making its way into the soil. The pharmacist in me was fascinated by an insulin pen that expired in 2001, washed up on the beach and looking good as new.

“Clearly, more needs to be done to tackle marine litter. I’m hopeful that the Scottish Government’s updated Litter Strategy, which is due to be published shortly, will go a long way to address these issues.

“I was pleased to hear that Plastic@Bay had engaged in the Scottish Government’s consultation on the strategy, I’m sure their knowledge of ocean plastic and its impact on north-west Scotland will be a valuable insight to help guide Marine Scotland’s work.

The Scottish Government’s Updated Marine Litter Strategy, led by Marine Scotland, will focus on preventing litter from entering the marine environment, in parallel with litter reduction and behaviour change actions to be achieved by the National Litter and Flytipping Strategy.

The Scottish Government’s vision is to see a Scotland where the issue of marine and coastal litter is acknowledged by all sectors, and where measurable steps are taken to prevent marine litter as well as support removal initiatives.

Ms Todd added: “I was delighted to also pay a visit to Plastic@Bay’s workshop at Balnakiel where they’re transforming some of this pollution into handy stuff like fence posts and mallets, as well as lovely jewellery and homewares.

“A hugely informative visit – many thanks to Joan and Juliene for hosting.”