Take care not to swoon: Outlander star takes to the Highlands in a kilt for new TV series

One of the biggest Scottish TV stars made a special appearance in the Highlands yesterday.

Sam Heughan, who plays Jamie Fraser in the popular TV series, was at Glenelg War memorial to shoot publicity shots.

Mr Heughan who is also a producer, was filming for Men in Kilts - and showed how it should be done.

In a post on its social media Glenelg and Arnisdale Tourist Information posted photographs of the TV star, much to the delight of fans from all over the world.

It said: "By the Glenelg War Memorial today.

"A wee bit of drooling going on in the area at the moment!"

Mr Heughan was also spotted at Eilean Donan Castle filming for the show. 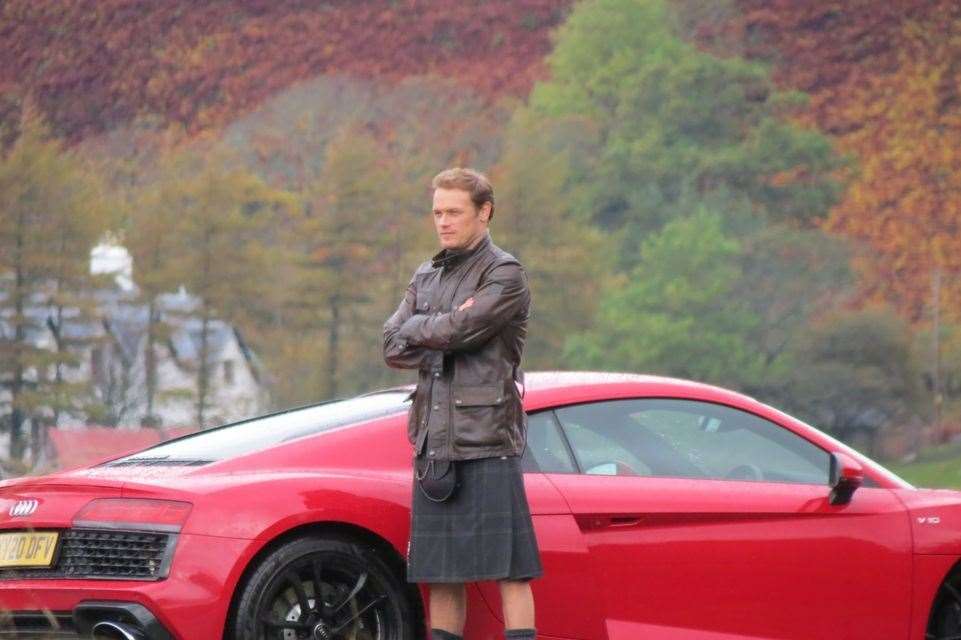